President and CEO - See My Profile 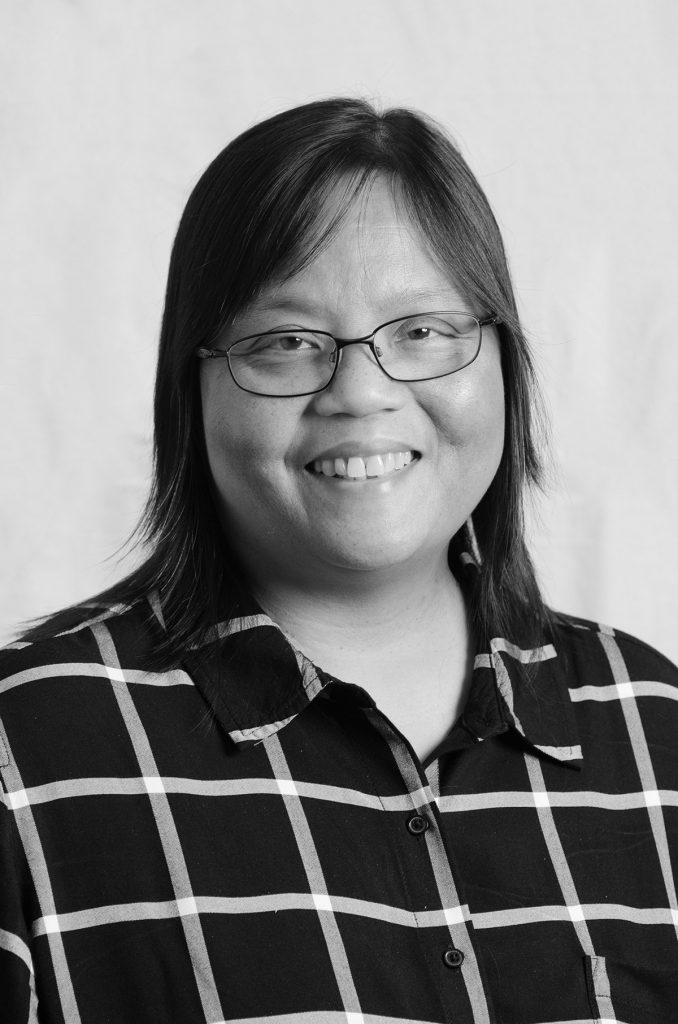 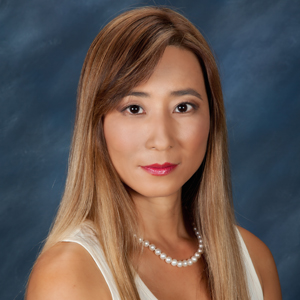 We are doing great, thanks to our IDX-enabled website by HIS!
Read More

Faith Geronimo, the Vice President of Operations and General Manager at Hawaii Information Service, followed an unlikely path to where she is today.

But that path — from tomboy through rebellious band geek, winding through car washes, copier sales, and food service — certainly turned out to be the right one for both Faith and the company. Each step brought lessons that have enabled her to revitalize the corporate culture at a company now on the brink of great change.

Faith was born and raised on the Big Island, and spent much of her childhood with her sister and grandparents after her parents moved to O’ahu. Her early schooling was shaped by her family’s 7th Day Adventist roots, starting at Mauna Loa School in Hilo and attending Hawaiian Mission Elementary in Honolulu when she rejoined her parents as a second grader.

By the fourth grade, her life had gotten much more colorful.

“I switched to public school at Salt Lake Elementary, where I learned to swear and be obnoxious,” she laughs. “I was not a smart kid, I lacked common sense, and was constantly getting yelled at for not being able to do math.”

Her family relocated from Salt Lake to Hawaii Kai, sending Faith to Niu Valley Middle School and then Kaiser High School. But despite shaky grades and an awkward adolescence, she found a sanctuary in music.

“I was always more on the artistic side, and I don’t ever remember not liking or responding to music,” she recalls. Memories of singing in church in Hilo, and even performing as a little girl at old folks’ homes, helped make the Kaiser band room feel like a second home. She started with the ukulele, then moved onto drums, and ultimately rose to percussion section leader.

“Absolutely I’m a band geek,” she says proudly. “Though I was definitely the naughty, more punky band geek.”

When she started, Faith says Kaiser was the “joke band,” invited only to marching band festivals for the entertainment value. But a new band director was brought in, Brian Mizuguchi from Farrington High School, and he turned the program around.

“He was one of the top three teachers that I’ve ever had — he brought passion to our music, he honed my listening skills, and he made me realize the importance of every single part in a piece,” she says. “No part is too small, and even if you have two notes in a whole song, it’s meant to be there, so you have to get it right. It’s definitely something I’ve carried into other parts of my life.”

She also formed a band with her classmates (named ’5/80′ for the month and year in which they started), and they were good enough to get gigs around town, from McDonald’s to the Easter Seals telethon. And while she was the drummer, and picked up the guitar, she also found her voice.

“We were playing at a party, the lead singer forgot words to Waialua Sky, so I jumped in,” she says. “It was the first time I ever sang, and everyone said, ‘Hey, she can sing.’”

She even got good enough to inspire guys to ask her to sing to them… and their girlfriends.

After she graduated from high school, she joined the workforce, somewhat reluctantly.

“My sister has worked since she could work, but I didn’t get a job until I was 18, because my parents forced me to,” she says. “Even after I started working, my sister would write checks, pay all the bills — I was kind of hopeless.”

But she stuck with that first job, from washing cars to managing rental agents at Dollar Rent-a-Car, for seven years. And like her high school band director, Faith credits her boss with shaping some of the values she has today.

“When I got my first managerial position she asked me to work extra hours, seven days a week instead of six,” Faith says. “She told me, ‘You think title comes without having to work hard? You work the hardest of anybody here.’ I got a major part of my work ethic from her.”

She didn’t even want her next job, rushing to her interview after cruising most of the day on the North Shore, expecting only to check off another box on her unemployment card.

“I came to the interview with my hair still wet from a quick shower, and got scolded because I didn’t know how to type even though the ad said it was a requirement,” Faith recalls. “But Renee saw something in me that even I didn’t see at the time, and she hired me.”

“Renee was really all about character and leadership — she modeled the behavior she expected from you, she made sure managers went through the same things the employees did, and reached out directly to everyone who worked for her,” Faith says. “She helped me find my talents, she gave me self confidence, and she taught me how to coach.”

After a four year stint as an up-and-coming employee, Faith nonetheless leapt into a chance to try her hand as an entrepreneur. For her next act, she and a partner ran a startup coffee cart company, and in the days before Starbucks, business was pretty good… eventually.

“I had never been so broke, and yet so happy,” she recalls. “We struggled for everything, but had a lot of freedom.”

As they helped set people up with their own small businesses all over the island, Faith cherished the opportunity to share her business and management knowledge and find success in the success of her customers (including the people that eventually founded the Teddy’s Bigger Burger restaurant chain).

Her next two jobs were short but challenging. She was a shift supervisor at a restaurant at the Pacific Beach Hotel in Waikiki, and a manager at Kaka’ako Kitchen. And during that time, against all odds, she also returned to school and earned a bachelor’s degree in business.

“After that, I finally found refuge in 2001 at HIS,” Faith says. “I was brought on as an accounts receivable clerk, and I’ve been here ever since.”

Over the years, Faith has had the opportunity to put every lesson and skill she learned into practice at HIS, building the foundations of the company even before it was officially her job to do so. “I’m a lead from any chair kind of person,” she says.

And now, as a vice president and the lead person in charting the company’s path beyond next summer’s transition to a new MLS system, she’s even more resolute in her belief that HIS has evolved into a very different company, and as a result, can continue to succeed.

“I’ve worked for small companies and big companies, good bosses and terrible bosses, and what’s common is that people want to come to work with good people, and that’s the kind of place we’ve tried to create here at HIS,” she says. “Positive growth for a company is something that only comes when it’s happening individually, so to increase productivity and creativity and efficiency, I want to make sure that we all come to work and want to work with each other.”

And with fewer layers of hierarchy and fewer boundaries between departments, she’s proud of the company’s rejuvenated culture of collaboration and recognition.

“We’ve all bought into each other now — we all want each other to be happy and we want success for each other,” she says. “This culture, and this model, has had more success than anything I’ve seen in the last 11 years.”

Perhaps moreso than anyone at the company, Faith lives and breathes her work. But she also knows that her journey is far from over, and continues to invest in her personal growth. Last year, in addition to her job, she earned a Master’s degree in marriage and family therapy. That included dozens of hours in an internship program working with the severely mentally ill.

And she’s recommitting to her first love: music. She still periodically plays in a band called “After Five,” and wants to finally put out an album. That’ll include a return to original songwriting, something she hasn’t done since her twenties.

“Most of my life I wanted to be book smart, so I went on that long quest, and now I’m learning that my smarts were always there, especially in terms of creative things,” she says. “It might not be where I’m making my livelihood, but I’m passionate about music.”

Faith says she can even see writing a book or two, or teaching, in her future. And as far as the teachers and mentors that she’s met through the years, she still keeps them close.

She still good friends with Renee, and several coworkers at Renee’s company have come to work for HIS, including Colleen Yasuhara, VP of Product Development. And this year, her sister Michelle joined the team to manage accounting.

“I think my sister is the most significant relationship in my life, and I’m lucky that we don’t compete with each other like siblings often do,” Faith says. “She took care of me when I didn’t know how to take care of myself, and now she’s helping to take care of the company.”